You have lived much of your life in pursuit of dreams, imaginations and lofty ideals, yet struggle with creating the life and world your heart desires.

And while your life is full of visions and creative projects, you somehow seem to sabotage yourself, “waiting for the right time”, being overwhelmed by your emotions, fearful of rejection, even conflating your own wounds with transpersonal insights.

So instead of sharing your magic with the world, you have found yourself turn into a manipulative, lying “nice guy”.

It’s hard for you to own up to that, for on the outside you seem so innocent, but deep down, you are seething with rage and a desire for conquest and changing the world.

And that darkness is the gateway you have been waiting for, my Brother.

Then The Forge may be for you.

We offer here something quite unusual: A place where your sensitivity and rarefied skills will be celebrated, while all of the bullshit excuses to enter victimhood consciousness, white knight posturing, self-sabotage or dark manipulation will be exposed.

And make no mistake, you have reason to feel resentful.

As a man, you have been hunted for decades. Your masculinity has been deemed toxic, your ancestry deemed oppressive and your biology is increasingly being stripped of its own male nectar: Testosterone.

Yes, you are literally ceasing to be a man. On a biological level. And you’re taking it lying down, dreaming of a better world, as we’re on a fast-track towards dystopia.

That has to end, Brother.

You have to reclaim your pride for being a man. To discover your desire to serve the world with your gifts yet again. To become a true ally for women and other men.

You are most welcome here. 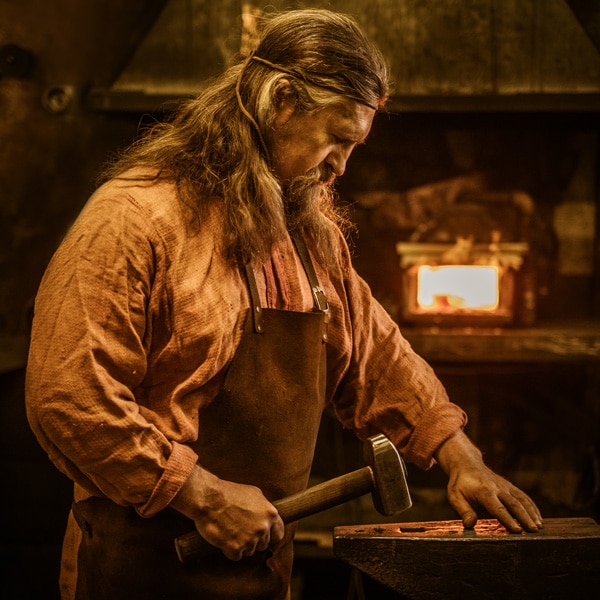 We live in a world of liars, Brother, and a man who tells the truth is by now a cultural renegade.

For honorable men who feel deeply, this can be its own particular type of hell. With integrity and truth-telling being so important to you, you now know that living a life of integrity – where your thoughts, words and actions are congruent – puts you at great risk for becoming a target.

But we can’t tell you how many beautiful men we see nurture stories of melancholy, grieving for the state of the world, feeling the pain in their hearts, while doing nothing of real significance to change it.

Well, we’re getting sick of it.

We’re getting sick of watching beautiful men like you shut down because you’ve been conditioned to be small and afraid.

So we invite you into something you may have never seen before: A brotherhood for men who feel deeply, yet which is clinically stripped of politically correct bullshit. ?

The Forge is a community of men that is clinically stripped of masculine posturing or politically correct self-castration.

And if you, like we, agree that the time for fake “nice guys” is over, and that the time to reclaim your personal power is here, then you have come to the right place.

The transformational fires of The Forge await you. 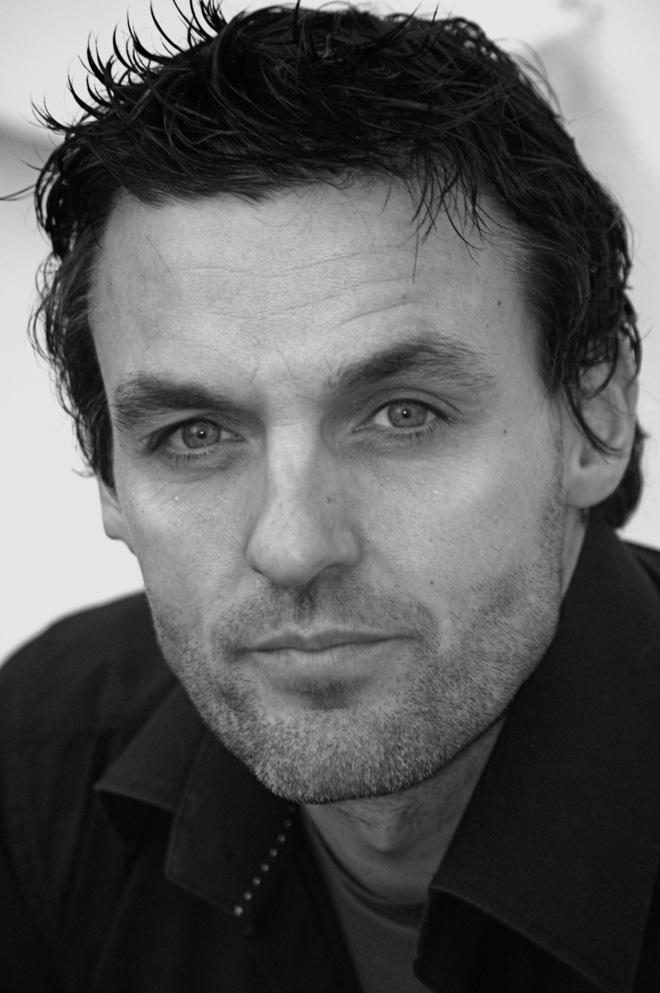 I made significant progress during my 3-month RYIT program that allowed me to begin to transform relationship with myself, the foundation for ANY fulfillment and service I want to give.

The Forge offers a powerful environment to continue this work, with a group of men who are similarly committed to transformation and service.

The power of this environment cannot be overstated as it allows me to create a powerful and meaningful Vision, and have the highest level of accountability from other men in living it.

If you are serious about stepping into your most powerful, and playful, self, I hope you will come join us.

Your work inside of The Forge will be spread out across three pillars. Together they comprise a complete package of profound power.

In order to access the fuel required for keeping the fires of the forge burning, you will melt away old internal blocks and open your energy system.

This happens through clearing out your emotional backlog, and opening the flow of your energy channels through deep transformational practices in ritual space.

This is the secret sauce of The Forge, and you may be amazed to discover what can happen inside a Forge Ritual and a conscious connection to the “lower energies”.

In order for your Forge to burn bright, you will need to focus on your strategic and tactical game. The Forge provides you a barrage of powerful tools that make this easy for you.

By applying them on a daily basis, your inner transformations will produce outer results.

Inside of The Forge, you will be guided towards a renewed relationship with God/Spirit/The Universe.

This connection will give you altitude, from where you will experience light and vision.

Story of the Black Blade

Starting in the spring of 2021, the men of Reclaim your Inner Throne will receive the shards of a sword from the Black Knight, commanding general of the Order of the Black Blade.

This sword is in need of being reforged, yet all of the forges of the realm have gone out.

By the end of their initiation, the men will have lit the forges of the Realm of Forgotten Kings, prince Andulin will have ressurected as the returned King, and you will bring the shards of the Black Blade into real life, where the Forge awaits.

This is the backdrop for the work you will be doing in this community over the coming months and years (provided you choose to stay that long, which we all hope you will). You are here to light the Forge, and then reforge the Black Blade, which is a process that may take you years.

Indeed, this is a practice community for life, and you can find a home with this Brotherhood.

The Domains of Life we will work within 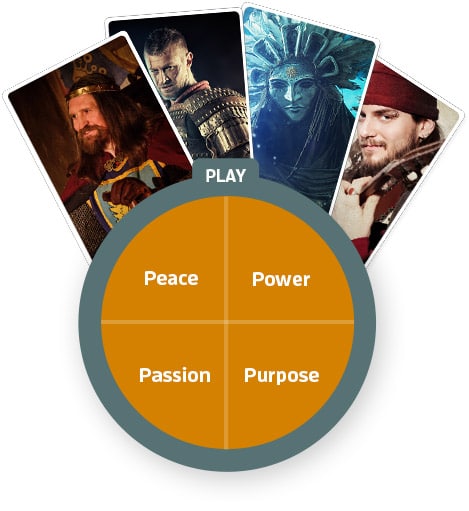 As you can see, all of our work within the four life dimensions will happen within a context of Play.

This is where the competitions, seasonal leagues and challenges come in. We will literally compete to be the most dedicated in pursuing our own transformation, and we will have fun doing so!

Your Journey through The Forge

Your Life on Fire Plan

The Forge is being constructed based on the roadmap above as we speak, and Spark and Flame are already complete.

We’re getting enthusiastic and powerful feedback and see high engagement inside the Brotherhood ?.

As a member of this growing Brotherhood, you will engage with Strategic, Tactical and Transformational tools that will equip you to make tremendous shifts in your life in only a short amount of time, as Paul and Olivier are already experiencing (see testimonials).

All in all, you will find here a powerful container for growth, that will support you in what bodes to be another crazy year.

Who should join The Forge? 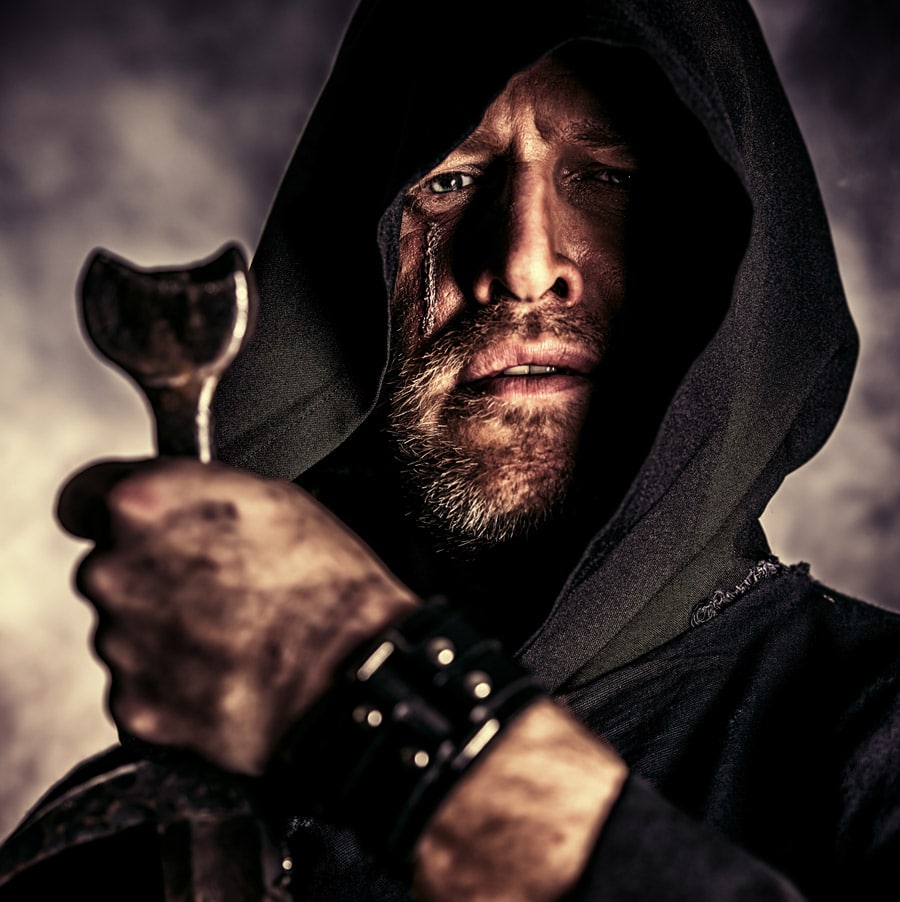 Who should stay away?

Members of The Forge share their experience and invite you home.

The 3-month Initiation was a powerful wake-up call, and The Forge helps me do the continuous day to day work to keep moving ahead.

Since I joined, I have found alignment where I was previously confused, leading me towards doing things I’ve never been able to do before: Improving my home and relationships, planning my next 3 decades, giving my gifts to the world in new ways etc.

And this is after only a few weeks! So come join us inside The Forge, Brother! I look forward to meeting you.

“How was yesterday’s Lover Archetype ritual with Tess, Brothers?” 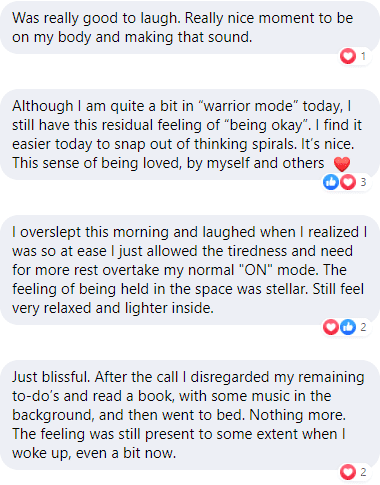 There are three levels of increasing power inside of The Forge. Let’s review them.

“How was yesterday’s Lover Archetype ritual with Tess, Brothers?” 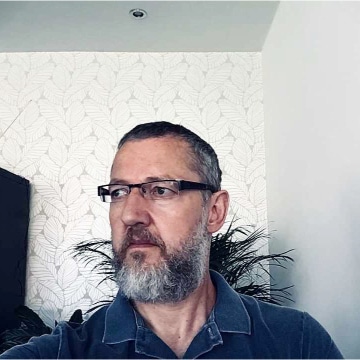 The RYIT journey was invaluable in helping me to reframe my perspective on life, including: my self-acceptance and relationships; my authority to act and pursue my passions; and my desire to serve The Forges is supporting the integration of those lessons by reframing my day-to-day behaviours.

Its power lies in its great brotherhood of like-minded men, sharing experience, laughter and learning, reinforced by a potent array of tools for visioning, planning and capturing key insights.

If you are searching for a powerful and whole-hearted community, come join us.

Apply for The Forge

What is the Investment?

Note: You will do deep work inside of the Forge, and membership is for minimum 6 months at a time to facilitate this depth.

Sanctuary Rituals are included in Forge Gold at a hefty discount. These biweekly rituals will recalibrate your body and being at a foundational level, and are loved by men for the ways they transform their lives in unexpected ways.

Welcome to The Forge!

This is your opportunity to join a powerful Brotherhood of men who are on track to reclaiming their personal power.

Is this the right time for you? Then apply now.